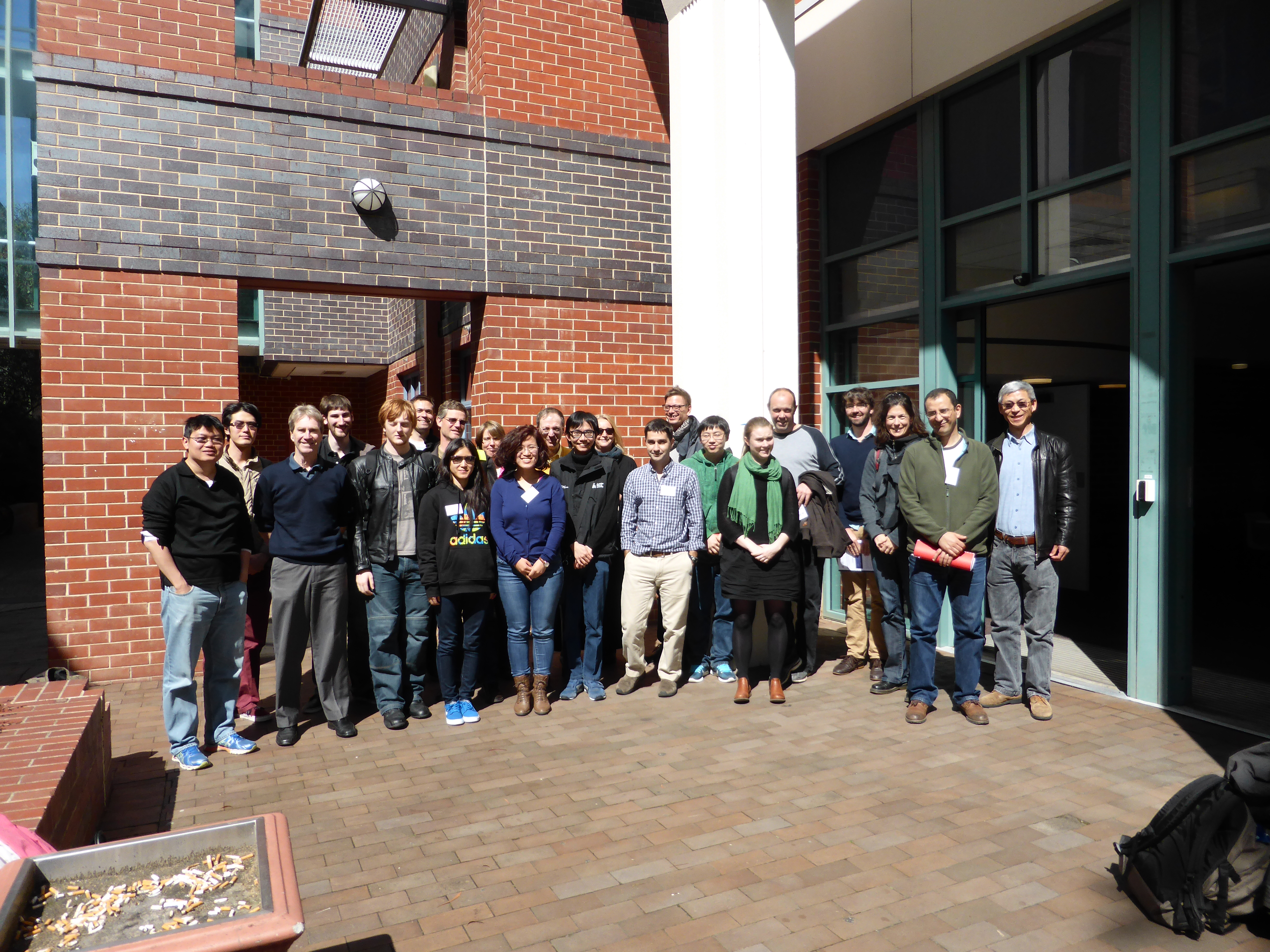 The Robust Statistics and Extremes Conference brought the related but not usually connected themes of robustness and extremes together with functional data analysis in a stimulating and enjoyable event. Australia has a significant presence on the world stage in the important and highly topical areas of robust statistics and extreme value theory, and their applications. There have been enormous advances in recent years in the application of these methods in particular to the analysis of extremely large data sets and high dimensional data such as is found in genetics, finance, physics, astronomy, and many other areas.

The conference featured a series of presentations, seminars and practical discussions exploring the cutting-edge of robust statistics, extreme value theory and its applications, and high dimensional and function data analysis.

On the final morning a Swiss Tea was a highlight. It was held to mark the 50th anniversary of the publication of P.J.Huber’s 1964 paper, Robust estimation of a location parameter. This paper played a major role in the development of robustness theory, as it introduced M-estimators, established their asymptotic normality (including in non-smooth cases), proposed and implemented a minimax treatment of the robust estimation, derived the least favourable distribution for the core Gaussian location problem and the associated Huber M-estimator, showed the optimality of the median for asymmetric contamination, proposed three methods of simultaneously estimating scale (including the famous Huber proposal II method), and more.

The conference was very well received, bringing together prominent Australian and international experts to provide researchers and students with the opportunity to hear up-todate, state-of-the-art expositions. There was a substantial audience of local and international researchers and postgraduate students in attendance. The conference also attracted significant interest from government and industry