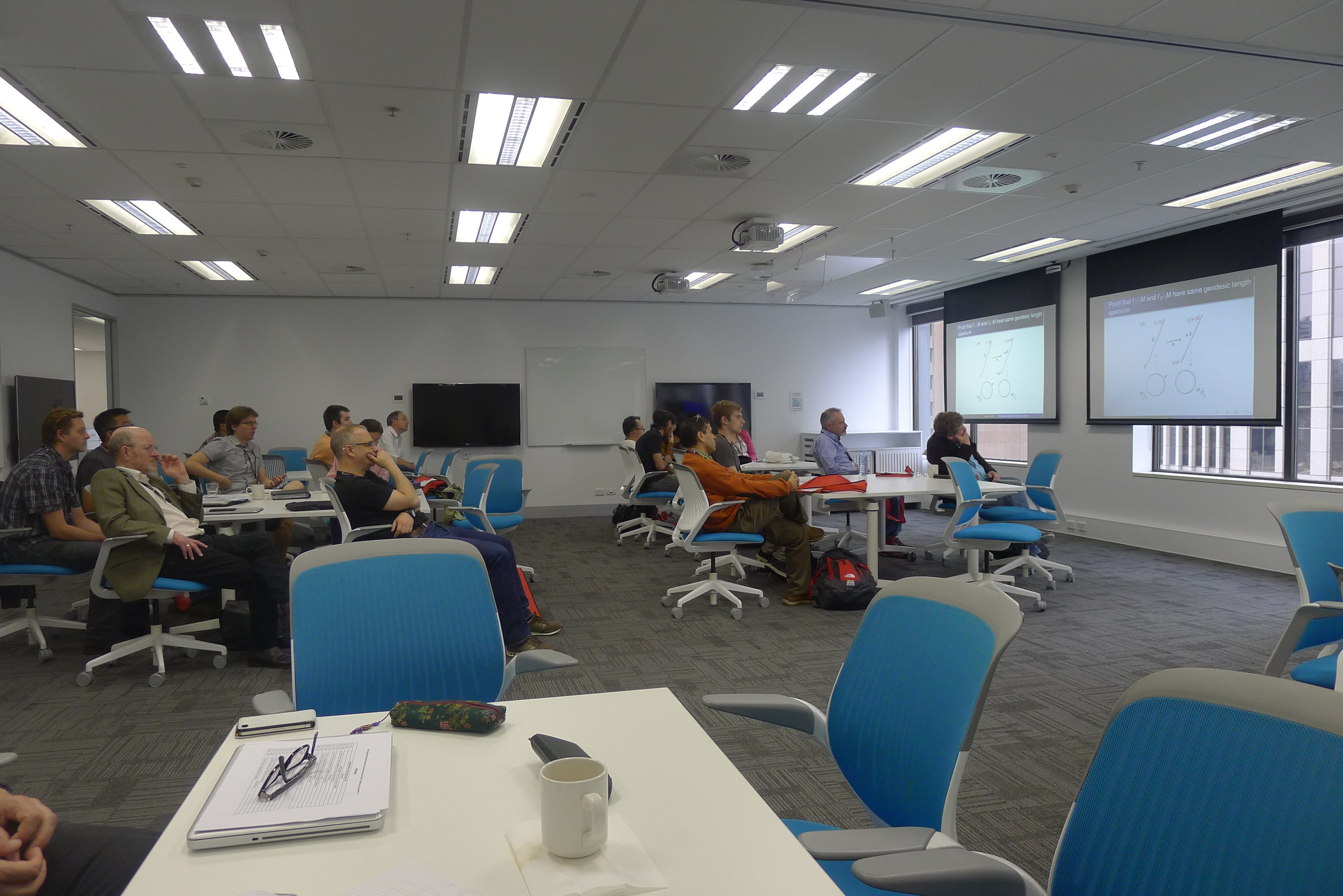 This event was the second in a series of workshops developed to overcome multi-site communication challenges and the need to promote key work and ideas across a broad geographical area within Australia and overseas. The organising committee developed a three‑year program of workshops to be hosted by Australian universities.

A satellite of the Australian/New Zealand Mathematical Society Convention, this year’s workshop ran for three days in Melbourne.

Carolyn Gordon gave a survey panoramic talk on Spectral Geometry (in which she is commonly recognised as one of the world’s most influential figures). Kang-Tae Kim gave two interrelated lectures on CR geometry. Dimitry Millionschikov presented new results on the geometry of nilmanifolds and Lie cohomology. Tracy Payne gave a brilliant talk on computational methods in the theory of nilpotent Lie algebras.

The four half-hour talks given by representatives of host universities and two half‑hour talks by New Zealand participants were also well received.

The main scientific outcomes of this workshop were: