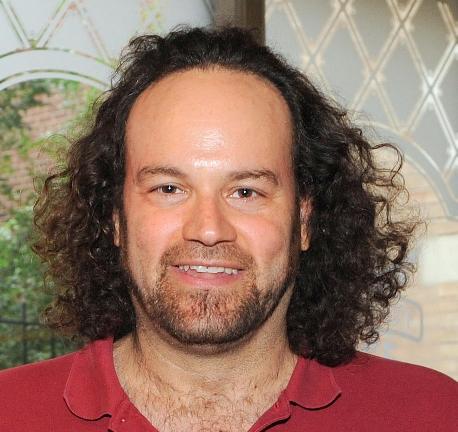 Professor of Statistics, University of Toronto

Jeffrey Rosenthal is a professor in the Department of Statistics at the University of Toronto. He received his BSc from the University of Toronto at the age of 20, his PhD in Mathematics from Harvard University at the age of 24, and tenure at the University of Toronto at the age of 29. He received the 2006 CRM-SSC Prize, the 2007 COPSS Presidents’ Award, the 2013 SSC Gold Medal, and teaching awards at both Harvard and Toronto. He is a fellow of the Institute of Mathematical Statistics and of the Royal Society of Canada. Rosenthal’s book for the general public, Struck by Lightning: The Curious World of Probabilities, was published in sixteen editions and ten languages, and was a bestseller in Canada, leading to numerous media and public appearances, and to his work exposing the Ontario lottery retailer scandal. He has also dabbled as a computer game programmer, musical performer, and improvisational comedy performer, and is fluent in French. His web site is www.probability.ca.

Despite being born on Friday the thirteenth, Rosenthal has been a very fortunate person.

The Mathematics of MCMC

Markov chain Monte Carlo (MCMC) algorithms, such as the Metropolis Algorithm and the Gibbs Sampler, are extremely useful and popular for approximately sampling from complicated probability distributions through repeated randomness. They are frequently applied to such diverse subjects as Bayesian statistics, physical chemistry, medical research, financial modeling, numerical integration, and more. This talk will use simple graphical simulations to explain how these algorithms work, and why they are so useful. It will also describe how mathematical analysis can provide deeper insights into their implementation, optimisation, and convergence times, and can even allow us to “adapt” the algorithms to improve their performance on the fly.

From Lotteries to Polls to Monte Carlo

This talk will discuss randomness and probability, to answer such questions as: Just how unlikely is it to win a lottery jackpot? If you flip 100 coins, how close will the number of heads be to 50? How many dying patients must be saved to demonstrate that a new medical drug is effective? Why do strange coincidences occur so often? If a poll samples 1,000 people, how accurate are the results? How did statistics help to expose the Ontario Lottery Retailer Scandal? If two babies die in the same family without apparent cause, should the parents be convicted of murder? Why do casinos always make money, even though gamblers sometimes win and sometimes lose? And how is all of this related to Monte Carlo Algorithms, an extremely popular and effective method for scientific computing? No mathematical background is required to attend.

Adaptive MCMC For Everyone

Markov chain Monte Carlo (MCMC) algorithms, such as the Metropolis Algorithm and the Gibbs Sampler, are an extremely useful and popular method of approximately sampling from complicated probability distributions. Adaptive MCMC attempts to automatically modify the algorithm while it runs, to improve its performance on the fly. However, such adaptation often destroys the ergodicity properties necessary for the algorithm to be valid. In this talk, we first illustrate MCMC algorithms using simple graphical Java applets. We then discuss adaptive MCMC, and present examples and theorems concerning its ergodicity and efficiency. We close with some recent ideas which make adaptive MCMC more widely applicable in broader contexts.

ABOUT
The AMSI Research & Higher Education program supports Australia’s academic community, fostering the critical links between researchers in universities, government agencies and business.
Stay Up To Date
Subscribe to e-news